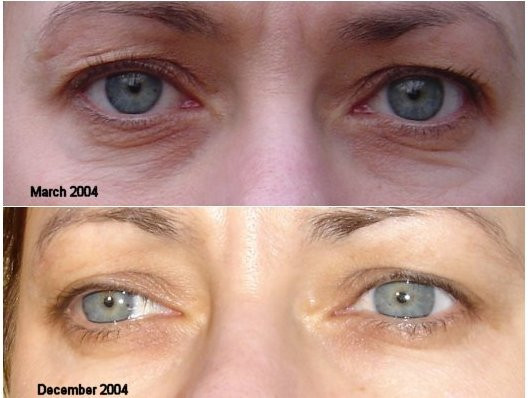 I have been on a Obagi routine for over 2 years introducing SRCP's approx 6 months ago.

My Obagi routine is: Every morning and evening Foaming Cleanser and Toner, on Mon./Thurs Obagi Clear in a.m., Clear and Exfoderm in p.m.; on Wed./Sat. Blender and Tretinoin in p.m.

In Dec I wrote, "I have had no bad reactions, but also have not seen any changes to my complexion or reduction of sun damage, though I do notice skin sloughing off more than when I used Obagi alone." However, after reviewing my progress pictures they do show possitive changes over the last 6 months. With the hyper-pigmentation not improving as much as I would like I will begin a new routine as follows:

Moving up from CP Serum to Super CP Serum. Adding Red Tea Serum to AM routine. Using Night Eyes Premier every AM/PM (not just on Obagi off days), after a couple of weeks introducing regular Night Eyes two or three days/week and increasing until Premier is phased out and only using regular Night Eyes. I am also going to try a 10 day or weekly application of 40% Lactic acid.